Home > Investor Relations > Board of Directors > David A. Peacock 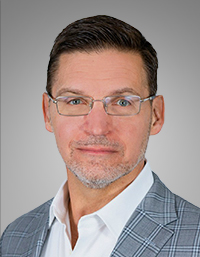 David A. Peacock became a member the Stifel Financial Corp. Board of Directors in 2017. Since 2021, he has served as Chief Operating Officer and a member of the Board of Directors of Continental Grain Company. Prior to this role, Mr. Peacock served for more than four years as President and Chief Operating Officer of Schnuck Markets, Inc. and currently serves on its Board of Directors. Prior to that, he spent two decades at Anheuser-Busch, focused on branding and marketing before being named President. He served as President from 2008 to 2012 as a key member of the Anheuser-Busch InBev transition.
Mr. Peacock serves as Chairman and Owner of PV Brewing, owners of Kona Brewing Company in Hawaii. His civic involvement includes serving as Chairman of the Restoring Hope Campaign for the Urban League of Metropolitan St. Louis and as a member of the Boards of Pink Ribbon Girls, an organization dedicated to providing special services to women fighting cancer, and WePower, a St. Louis-based organization devoted to changing systems that drive economic, educational, and health disparities among BIPOC populations.